Why do we over-react? 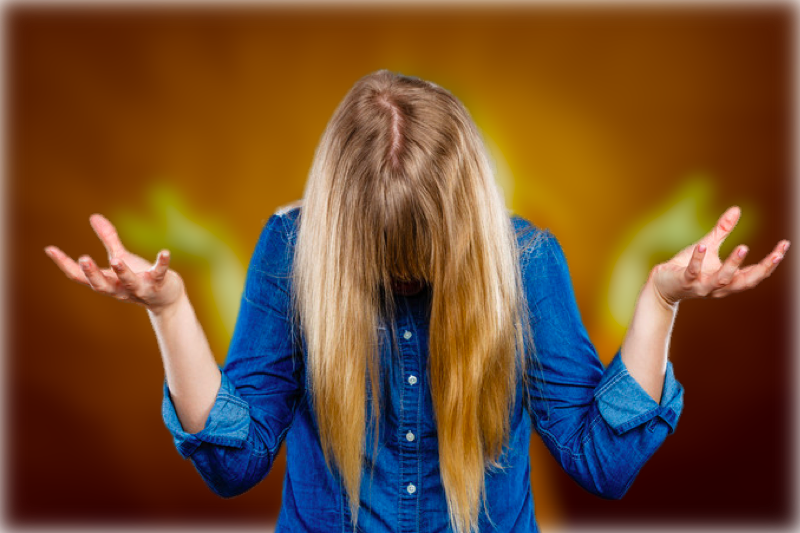 We all overreact at times. Something triggers us, and BANG! We erupt. We lose it—literally. It’s like we have no control over our behaviour. What’s going on?

Over millions of years of evolution, we have developed a number of survival strategies. They’re unconscious. It’s as though a protective part of our psyche has developed a computer program. The moment we feel threatened, the program kicks in, and runs automatically. This explains why we are often anxious or angry, and why we frequently overreact. But how does the program work? And can we override it?

Consider the story of Dolly and Marty, two German Shepherds. Their owner left them in the car while he popped into a nearby shop. He left the windows partially open. Marty, an adventurous dog, wriggled out to follow his master. Dolly tried to copy him but she lost control and fell, suffering a badly damaged leg.

Her leg eventually healed but her personality changed. While Marty leapt into the car the moment his master opened the door, Dolly baulked. Falling out of the window and smashing her leg had made her wary. For her, the car meant danger. Instinctively, she tried to avoid it. If forced into the car, she became unsettled and anxious.

If you tried to coax Dolly into the car without knowing her history, her reluctance would confuse you. You’d wonder why she was overreacting.

Wild animals rely on this program. Their survival depends on it. But sometimes, the triggers can be mixed. Imagine a doe walking through a forest. The air is thick with juniper pollen. Suddenly, the doe catches another scent, and a pack of wolves bursts from the undergrowth, lunging at her heels. She springs into action, fleeing to safety through the woods.

This experience creates a new program for the doe. Instinctively, she associates the pollen with the wolf attack. The next time she catches a pungent whiff of juniper pollen she’ll hesitate, and move quickly away from the danger she senses.

We are not the same as animals. Often, we react instinctively to protect ourselves. Other times, we try to override the program. Imagine a young girl working in a café. Her boss follows her into the cold room, brushing closely past her. She feels uncomfortable but decides it must have been an accident. Even though she puts it out of her mind, her protective psyche doesn’t miss it. The program is set. The cold room and the boss signify danger. If she was a wild animal, she would never return. But she needs to pay her rent, she needs to put food on her table. So she overrides her instincts, making excuses for her anxiety. She doesn’t like the cold and she prefers working alone, when the boss isn’t around.

As time goes on, her anxiety increases. Each time she enters the cold room, she checks to see if the boss is following. Perhaps the tension becomes too much, and she finds another job. But the program follows her. Maybe her new boss is heavyset, unconsciously reminding her of her old boss. Or he asks her to fetch some milk from the cold room. Suddenly, her old anxieties flood back, and she has no idea why.

Unless this problem is addressed, she could easily accumulate more and more triggers. Her genuine fears of being sexually assaulted by her original boss could evolve into a generalised fear of overweight older men, or of workplaces. She could spend much of her life feeling afraid and anxious—because she has tried to override the program her psyche set up to protect her.

To complicate matters, I have discovered that these programs can be carried over from past lives. Out of the blue, something triggers us, and we explode. Having regained our composure, we feel embarrassed, and resolve to release that trigger. No matter how deeply we search, we cannot identify its source. In such cases, a past life regression can help.

Other times, an incident in our current life can bring old wounds, carried over from previous incarnations, to the surface. One of my clients suffered claustrophobia, a fear of being in confined small spaces. She remembered a cousin locking her in a cupboard during a game of hide and seek when she was only four. Back then, she was terrified, banging on the door and screaming to be released.

Many psychologists would assume that this childhood incident was the source of her phobia. But remembering this incident didn’t solve her problem. Cognitive Behaviour Therapy, which challenges irrational thinking, had no effect. The terror she experienced when locked in a cupboard may seem excessive—but only if you don’t know her past life history.

I took my client back to a past life. She had lived several hundred years ago as a man, who had behaved badly. As punishment, he is locked in a standing wooden box, and left to die. There is a small hole in the front of the box. He looks out at the world, hoping someone will come and rescue him.

During her regression, my client re-experiences this life directly. When I ask the man if he is dead, he replies that he doesn’t know. He believes he is still alive, waiting to be rescued. I explain that he has died. He weeps, pleading that he is too young to die. After giving him time to grieve this loss, I suggest someone is waiting to take him to a pleasant place. He sees a light approaching, which turns into an angel. The angel takes his hand and he moves upwards.

With the help of her guides, my client then analyses that experience. That man had been stuck for hundreds of years, waiting to be saved. Although he had died, he did not realise this. He was trapped in a netherworld between life and death.

Releasing that man from his torment released my client from her claustrophobia. She still has to deal with any new triggers that she encounters in her current life. Anytime she feels claustrophobic, she can free herself. She just needs to sense the congruity between her present anxiety and the original experience.

Some people are easy to anger. Because they are constantly alert for danger, they find their reactions difficult to control. That’s because they are out of control. The program snaps them into a trance, and they react instinctively. Later, when they compose themselves, they may have no memory of how they have behaved.

When such people come for a regression, we often find the source of the trigger in a past life. Soon they start making connections between past life traumas and triggers they’ve experienced in their current life. Awareness of these connections defuses the trigger, and they can begin the process of deleting or modifying the program. The program may have been useful in earlier ages when life was more dangerous. In modern times, most of these programs are obsolete.

Awareness is the answer to our overreactions. Accessing and resolving past life traumas gives us great power. Knowing this, I am in awe of our evolutionary programs. It seems like the whole Earth system has been set up to increase our awareness, and our continued spiritual growth.